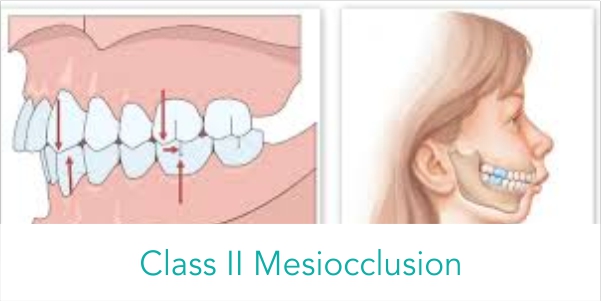 A malocclusion is a misalignment or incorrect relation between the teeth of the two dental arches when they approach each other as the jaws close. The term was coined by Edward Angle, the “father of modern orthodontics”, as a derivative of occlusion, which refers to the manner in which opposing teeth meet.

Depending on the sagittal relations of teeth and jaws, malocclusions can be divided mainly into three types according to Angle’s classification system published 1899. However, there are also other conditions, e.g. crowding of teeth, not directly fitting into this classification.

Many authors have tried to modify or replace Angle’s classification. This has resulted in many subtypes and new systems.